The 2045 Initiative was founded by Dmitry Itskov in February 2011 in partnership with leading Russian scientists. Dmitry Itskov is the founder and President of New Media Stars. He attended the top economics university in Russia and has more than ten years of work experience in media projects.

The main objectives of the 2045 Initiative are:

The 2045 team is working towards creating an international research center where leading scientists will be engaged in research and development in the fields of anthropomorphic robotics, living systems modeling and brain and consciousness modeling with the goal of transferring one’s individual consciousness to an artificial carrier and achieving cybernetic immortality.

The main idea is the 2045 Avatar Project which is planned to be conducted in four steps : 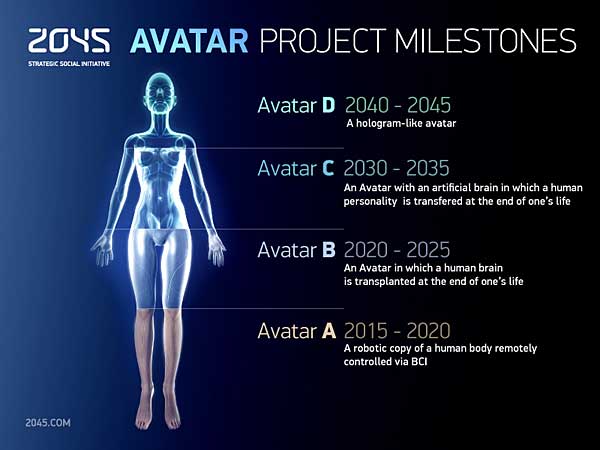 A video of the 2045 project is available at Youtube.

An annual congress The Global Future 2045 (GF2045) is organized by the Initiative to give platform for discussing mankind’s evolutionary strategy based on technologies of cybernetic immortality as well as the possible impact of such technologies on global society, politics and economies of the future.

The first annual congress Modeling and Predicting Worldwide Dynamics took place in February 2012 in Moscow. More than 50 scientist, including physicists, biologists, anthropologists, sociologists, psychologists, and philosophers have been trying to outline a strategy for further development of the humankind. Among the speakers were Eric Chaisson, David Christian, Raymond Kurzweil, John Smart, Fred Spier. Videos and transcripts of the presentations and the round tables are available at the GF2045 website.

Wavatars is a wordpress plugin that will generate and assign icons to the visitors leaving comments at your site. The icons are based on email, so a given visitor will get the same icon each time they comment. It livens up comment threads and gives people memorable “faces” to aid in following conversation threads. It’s also fun. 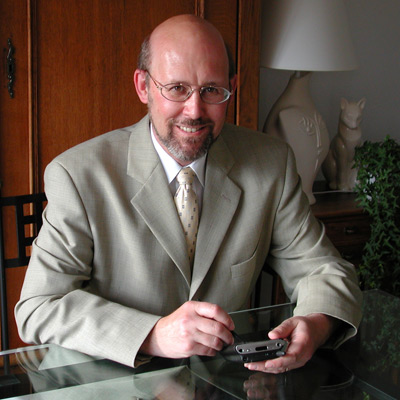 Gravatars are images that follows users from site to site appearing beside their name when they do things like comment or post on a blog. Avatars help identify their posts on blogs and web forums.

I created today my Gravatar using the  picture appearing at the left of this text.

To display the gravatar for Leslie’s Artgallery, the following link can be used:

The pixelsize of the displayed square gravatar can is defined by the parameter s.

For SSL connections, the link is the following: 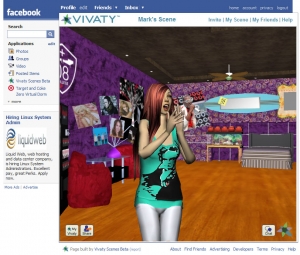 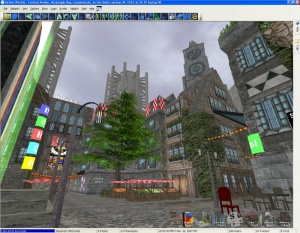 Blink 3D is available in different editions including a free Ultra Lite edition. Blink 3D’s drag and drop, point and click interface makes it is easy to learn and you don’t have to program if you don’t want to. You can use 3D primitives to quickly build your world or you can import your models from a wide range of modeling products. If you are a programmer Blink 3D has the most extensive API available on the market today.

Pelican Crossing was founded in 2001 by Clive Jackson. The companies initial focus was add-on products for Adobe Atmosphere. However with the demise of Atmosphere in Dec 2004, Pelican Crossing stepped into the resulting void with Blink 3D. 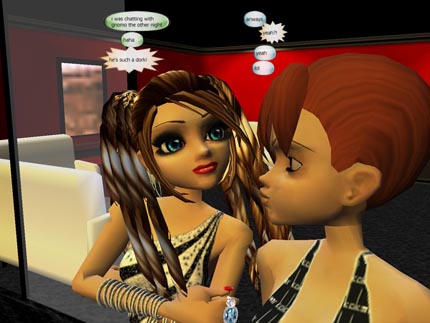 Founded in 2004 and based in Palo Alto, California, USA, IMVU Inc., is an online destination where young adults meet new people in 3D. In public beta, the company has already reached major milestones including 20 million registered users, 100.000 registered developers, and $1 million in revenue each month. Members of IMVU have fun meeting new people with similar interests and expressing themselves through personalized 3D avatars, themed rooms, one-to-one chats, and the creation of new and unique virtual products. With over 1.5 million user-generated virtual items, IMVU offers the world’s largest catalog of virtual goods. Revenue is derived from the direct sale of virtual credits, which are used to purchase virtual products such as room decorations, clothing items and hairstyles. 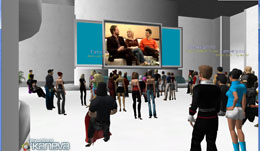 The Virtual World of Kaneva is an Internet-based virtual world first released in beta form in mid 2006. It competes with Second Life, IMVU, There, Active Worlds, and the erotic-oriented Red Light Center. It is developed by Atlanta-based startup Kaneva, using the Kaneva Game Platform. Unlike the more generalized Second Life or the more communication-based IMVU, the Virtual World of Kaneva focuses primarily on virtual shopping and entertainment. In 2008, Kaneva added the ability to view videos both on web profiles and inside 3D televisions in-world. According to its own statistics, the Virtual World of Kaneva possesses over 800.000 members and over 10.000 communities. 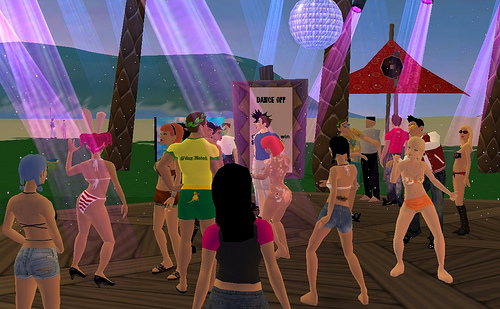 Today I created my first VOKI character, a customized speaking (voice enabled) avatar based on the Oddcast-Sitepal technology. VOKI is a combination of “VOX” (for voice) and “LOKI”.

VOKI is solely and exclusively for personal, non-commercial use only. Business users can use the commercial Sitepal-product. Visit the chatbot ALICE at the website of LESLIE’S ARTGALLERY to see an example.

A tutorial how to integrate a VOKI in the WordPress Blo sidebar is shown in Edublogger.