One of the biggest complaints about the Apple mobile operating system iOS7 is how easily it drains your iPhone battery. Here are a few quick fixes to keep iOS 7 devices powered for much longer :

Here is the list of users who tried to publish spam comments to my blogs :

The Whois Lookup shows that these IP addresses belong to Internet Service Providers (ISP). The individual users are anonymous. Nevertheless I will update regularly this Hall of Shame list to track all abuse trials.

On April 23, 2013, CIRCL published a real-time map of the attacks targeting IP addresses located in Luxembourg. CIRCL sensors to provide the data for this map are installed in the networks of P&T Luxembourg, RESTENA and ION group. 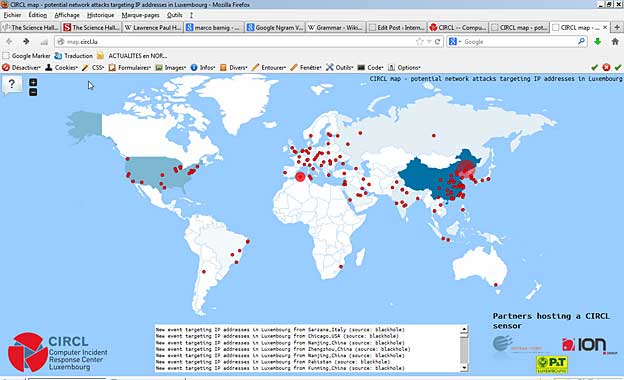 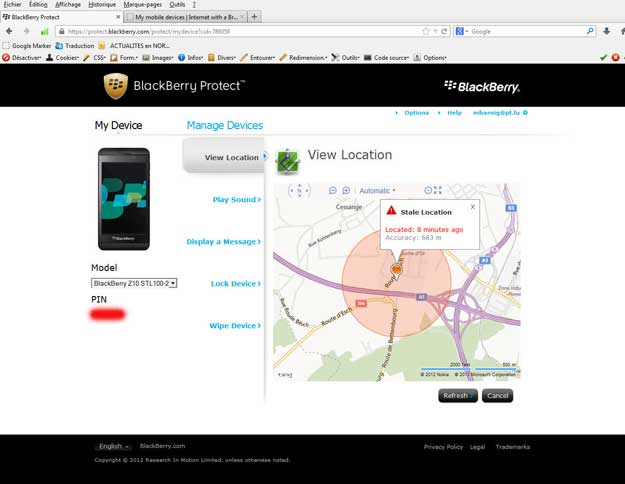 Building web applications is hard work and most people remain unaware of how their web application is interacting with the web browsers that their clients have installed. Fiddler,  a free web debugging proxy created by Eric Lawrence, helps to simplify the analysis process substantially by logging all HTTP(S) traffic between your computer and the Internet. Fiddler is a transparent proxy that automatically adds itself to the WININET chain so that it can see every request being made. It logs those requests and the responses to allow you to see what is working and what isn’t working.

Fiddler allows you to inspect all HTTP(S) traffic, set breakpoints, and “fiddle” with incoming or outgoing data. Fiddler includes a powerful event-based scripting subsystem, and can be extended using any .NET language. Fiddler is freeware and can debug traffic from virtually any application, including Internet Explorer, Mozilla Firefox, Opera, and thousands more.

The developper, Eric Lawrence, was Security Program Manager at Microsoft for Internet Explorer. After over a decade of working on the web for Microsoft, Eric joined Telerik in October 2012 to enhance the Fiddler Web Debugger on a full-time basis. Telerik is devoted to making software development easier and more fun and has committed to keeping Fiddler free and expanding its value by further investing into the tool.

A quick summary of getting started with Fiddler has been published at Developer.com. A detailed documentation is available at the Fiddler website. A discussion forum and a developer section are available at the same site. Various addons and third-party extensions have been developped.

Fiddler can be configured to analyse the http traffic of iPad’s, iPhone’s and other web devices.

A simular tool called Charles is available for Mac Computers.

Some related tutorials about Fiddler and HTTP debugging are listed hereafter : 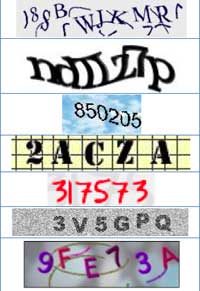