Kickstarter is a new way to fund creative projects. It’s a crowdfunding platform for everything from films, games, and music to art, design, and technology. Since the launch in 2009, more than 12 million people have pledged over 2.8 Billion dollars, funding more than 118.000 creative projects. Project creators set a funding goal and a deadline. If people like a project, they can pledge money to make it happen. Funding on Kickstarter is all-or-nothing : projects must reach their funding goals to receive any money. To date, 36% of projects have reached their funding goals. Backers are supporting projects to help them come to life, not to profit financially. Instead, project creators offer rewards to thank backers for their support.

A Kickstarter app for mobiles is available at the AppStore.

I am a backer for the following projects : 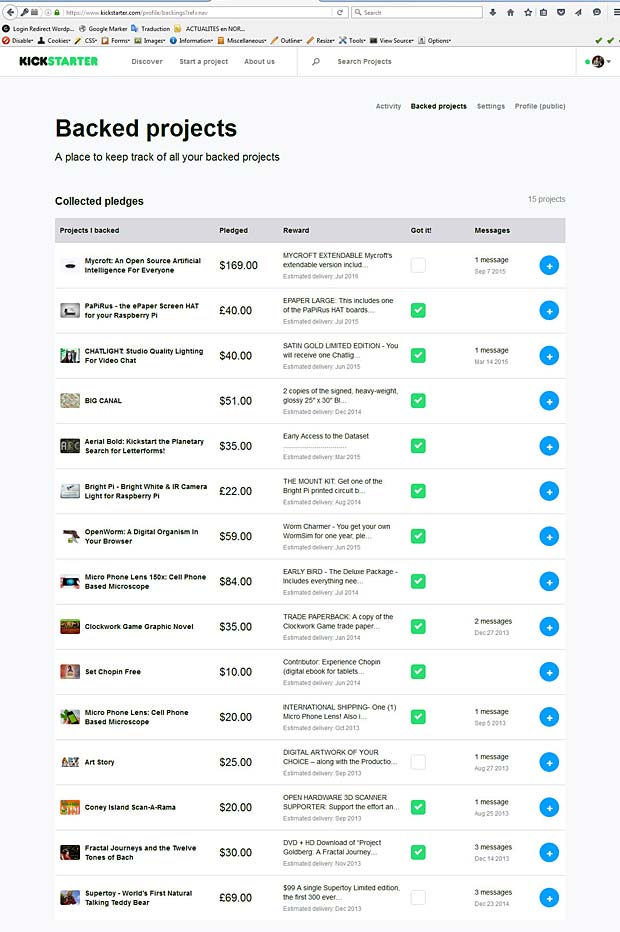 Here is a list of further projects which I consider very interesting :

Crowdfunding is the application of the Crowdsourcing concept to the collection of funds through small contributions from many parties in order to finance a particular project or venture. Crowdsourcing is the practice of obtaining needed services, ideas, or content by soliciting contributions from a large group of people, and especially from an online community, rather than from traditional employees or suppliers.

The First AAAI Conference on Human Computation and Crowdsourcing will be held November 7-9, 2013 in Palm Springs, California, USA.

An early precursor of the crowdfunding business model was Praenumeration, a common business practice in the 18th century book trade in Germany.

Crowdfunding is not only used to fund a startup company (equity-based crowdfunding), but also to create artworks such as music, theater, dance, films, literature and technology.

Crowdfunding platforms bring together the project initiator and the crowd. They create the necessary organizational systems and conditions for resource integration among all the players to take place. There are over 450 crowdfunding platforms with fundamental differences in the services provided. A comparison of crowd funding services is available at Wikipedia.

Some examples of crowdfunding platforms are listed below :

Since soliciting investments from the general public is often illegal in most countries, unless the opportunity has been filed with an appropriate securities regulatory authority, traditional crowdfunding platforms treat funds as donations. In the U.S. the crowdfunding exemption movement has been successful in 2012 with the passage of the Jumpstart Our Business Startups Act or JOBS Act,  a law intended to encourage funding of small businesses by easing various securities regulations.

In the past capital for startup companies has mainly been provided by business angels (also known as angel investors), in exchange for convertible debt or ownership equity. An increasing number of angel investors organize themselves into angel groups or angel networks to share research and pool their investment capital, as well as to provide advice to their portfolio companies.

Some angel networks in Luxembourg and the Greater Region are listed hereafter :

Here are some links to selected crowdfunding projects :

The W3C (World Wide Web Consortium) is an international community where Member organizations, a full-time staff, and the public work together to develop Web standards. Led by Web inventor Tim Berners-Lee and CEO Jeffrey Jaffe, W3C’s mission is to lead the Web to its full potential.

The W3C Team includes 85 people working from locations across the globe. W3C is hosted by the Massachusetts Institute of Technology Computer Science and Artificial Intelligence Laboratory (MIT/CSAIL) in the United States, at the European Research Consortium for Informatics and Mathematics (ERCIM) in Sophia-Antipolis in France, at the Keio University Shonan Fujisawa Campus (SFC) in Japan and at the Beihang University in China.

Most W3C work revolves around the standardization of Web technologies. To accomplish this work, W3C follows processes that promote the development of high-quality standards based on the consensus of the community. The W3C is founding member of OpenStand (The Modern Paradigm for Standards), an open, collective movement to radically improve the way people around the globe develop, deploy and embrace technologies for the benefit of humanity.

W3C standards define an Open Web Platform for application development that has the unprecedented potential to enable developers to build rich interactive experiences, powered by vast data stores, that are available on any device. HTML5 will be the cornerstone for this platform, combined with other technologies including CSS, SVG, WOFF, the Semantic Web stack, XML, Javascript and a variety of APIs.

The W3C standards are grouped as follows :

eGovernment (Better Government Through Better Use of the Web) is also a topic at W3C.

A comprehensive documentation for developers about the Open Web Platform is available at the community-run source Web Platform Docs (currently in alpha version).

W3C standards are written by temporary working groups formed by W3C members and invited experts. Membership in W3C is open to all types of organizations (including commercial, educational and governmental entities) and individuals. For Luxembourg, annual membership fees vary between 1.950 and 68.000 EUR.

Currently there are about 50 working groups listed at the W3C website. There are also special interest groups (forum for the exchange of ideas) and coordination groups (to manage dependencies and facilitates communication with other groups).

To meet the needs of a growing community of Web stakeholders, W3C has created Community and Business Groups. Community Groups enable anyone to socialize their ideas for the Web at the W3C for possible future standardization. Business Groups provide companies anywhere in the world with access to the expertise and community needed to develop open Web technology. New W3C Working Groups can then build mature Web standards on top of best of the experimental work, and businesses and other organizations can make the most out of W3C’s Open Web Platform in their domain of interest.

In the past some web communities were created outside of the W3C, with similar goals. One example is the Web Hypertext Application Technology Working Group (WHATWG) which was founded in 2004 by individuals from Apple, the Mozilla Foundation and Opera Software in response to the slow development of W3C web standards and W3C’s decision to abandon HTML in favor of XML-based technologies. On March 7th, 2007, the W3C publicly announced that they are restarting an HTML specification effort. A W3C HTML working group was created and stated : “The HTML Working Group will actively pursue convergence with WHATWG, encouraging open participation within the bounds of the W3C patent policy and available resources”. (see WHATWG Blog) 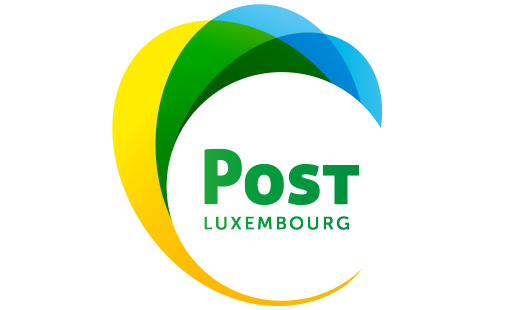 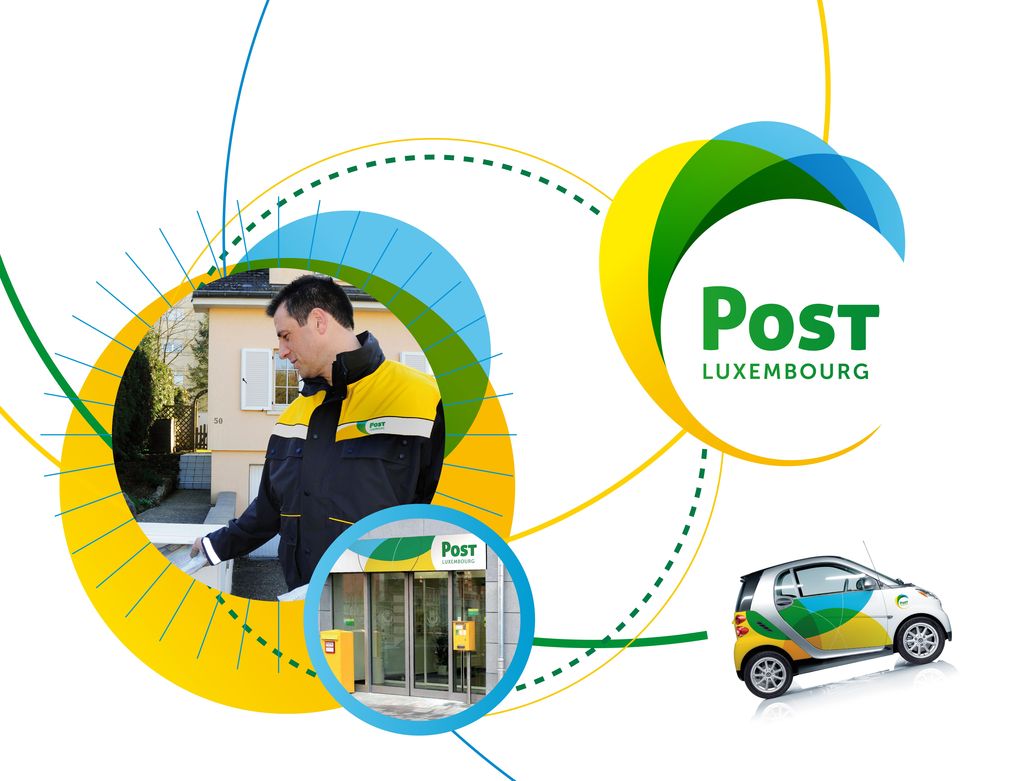 There are different Internet Organizations that play a key role in the evolution of the Internet by developing recommendations, standards, and technology, deploying infrastructure and services, and addressing other major issues.

When buying a domain name you have to provide accurate contact information or else your domain registration could be terminated as it would be in violation of the registration agreement. This information has to be made publicly available to everyone via the public WHOIS database as required by ICANN, the international governing body for domain names. Everyday, this valuable source of accurate contact information is targeted and harvested by spammers and telemarketers resulting in unwanted and unsolicited contact.

Privacy Protection ensures that your private information is not published by replacing all your publicly visible contact details with alternate contact information. PrivacyProtect.org provides a WHOIS privacy service for domain name owners through partners. The only way to contact the real domain name owner is to use a webform.

Customers checking out with PayPal Website Payments Standard (formerly referred to as “PayPal IPN”) will complete the order in the store and once coming to the choice of the payment method, they can select PayPal . There will be a large PayPal button for them to click, they are directed to a page that allows them to log into their PayPal account or to pay by credit card without having to sign up for a PayPal account. After the payment completion, customers are returned to the store.

Website Payments Standard is the fastest way to set up online payment on a website to accept credit cards, debit cards, bank transfers, and PayPal. The integration is easy (HTML based). In the case of ZenCart, if there is any problem in PayPal’s ability to communicate to the store server,  the order will not be passed to the store.

PayPal Express Checkout gives the customer two options:  They can jump over to the PayPal site to login to their account before completing checkout on the store (which allows them to select their address information there and never have to re-type their address details on the store site, thus the “express” part of the transaction) and then choosing shipping choices and discounts/coupons etc before completing the order and confirm the payment.

The other possibility is to go to the PayPal site to login to their account after making shipping/payment/coupon selections on the store site (and creating an account on the store and typing their address info on the store), much like they do with PayPal Website Payments Standard.

One important benefit is that Express Checkout does not rely entirely on the IPN communications to the store in order to release the order. Instead, it stores the order immediately when payment is completed. It doesn’t have to rely on the PayPal server to talk to the store server in order to save the order. IPN updates are still useful in case of refunds or adjustments to the order and  are reflected in the store’s order history.

The integration of PayPal Express Checkout is more complex and is based on API’s.