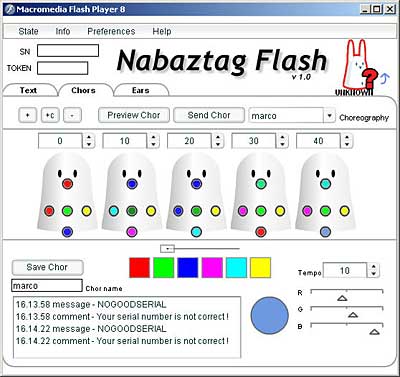 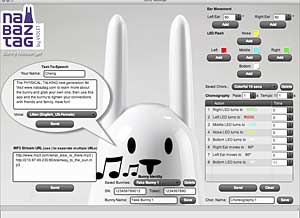 JNabServer is an open-source server software which handles communication with Nabaztag/tags, Wi-Fi enabled robotic rabbits that can be used as physical user-agents in human-computer interaction.

JNabServer is a part of a project by SPI -Research Group from University of Tampere in Finland. It is the base on a research on how Nabaztag could be used as an multimodal user-agent. The project is a part of Speech-based & Pervasive Interaction Group research.

JNabServer is written in j2se 6 (Java Standard edition) so it is platform independent. Main idea is that people can develop their applications and ideas more freely on jNabServer platform. By releasing this code as an Open-Source Project the developers want to give this extendible platform to be used in various projects including her own research in the university of Tampere.

in the command prompt window with a Java 6 environment.

The customization of the server is done in the configuration file jNab.conf. I set the following parameters:

# Port to which the server will be bound to listen for Nabaztag’s
jNab.server.port=81

# Port to which the configuration server will be bound to listen to a Telnet client
jNab.conf.port=6969

in the command prompt window (or use the telnet command o [ip-address] [port]). If the connection is succesful, the server will answer with a welcome message :

An example is shown in the following figure : 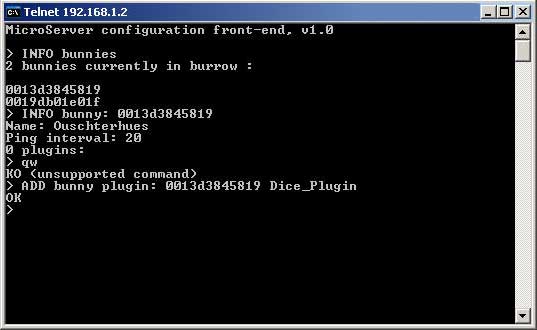 If the connection fails, possible reasons are :

A recommended solution to solve the problems is to verify the correct working of the server and the telnet client on the same computer with the IP-address “localhost” or “127.0.0.1”. If the computer running the jNabServer is managed by DHCP (Dynamic Host Configuration Protocol), the  IP-address attributed by the router is to be used.

The Nabaztag will request the bc.jsp webpage from the server with a HTTP-GET command and receive as answer the file bootcode.bin (59 KByte) with the binary boot code. It’s the initial bootcode from Violet before the protocol was changed to XMPP (Jabber).

The hardware of the Nabaztag consist of two moving ears which positions are tracked with optical sensors, a button, a microphone, a speaker and a rfid-reader. The rfid-reader reads tags of type ISO 14443 B. These tags operate on 13,56mhz and have a 4096-bit EEPROM.

The loaded byte code inside Nabaztag operates the following actions :

The GET/POST requests used by the Nabaztag are the following :

A more detailed information is available at the website of the university of Tampere in Finland.

The implemented commands to send via the Telnet protocol to the jNab-server are (my Nabaztag “Aenderhues” and “Ouschterhues” with serial numbers “0013d3845819” and “0019db01e01f” are used as example) :

The available plugin’s are :

The processing requests treated by the worker java class are :

I installed the jNab-server on my Desktop (wired) and run the Telnet client on my Laptop (wireless), both are connected to a Thomson Speedtouch Router 585i of my Home Network (LAN). The following informations are displayed on the console during normal operation:

The server sends a packet to the Nabaztag when it request a ping command. The answer packets are custom byte arrays. These byte arrays start with byte 7F and end with FF and 0A bytes. In between there can be any amount of blocks. Blocks consists of three parts. First there is a byte telling the type of the block(03 , 04 , 09 and 0A). Next three bytes are reserved to indicate the length of data in the blocks. After the length bytes there is the data for the block. The following figure shows an example :

There are four different block types :

There are eight possible commands in a message block :

Choreographies are files that can be played by calling them from message blocks with CH command. 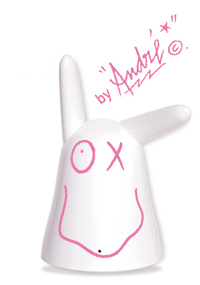 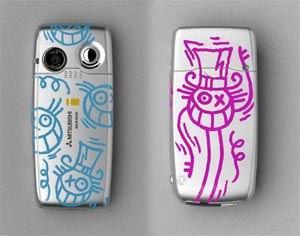 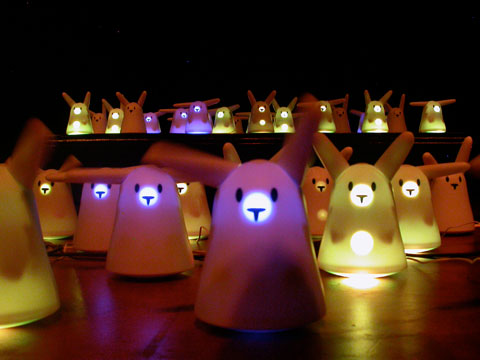