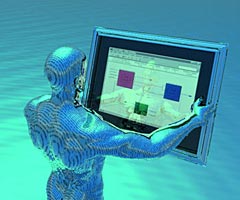 The DARPA PAL (the Personalized Assistant that Learns) program focused on improving the way that computers support humans through the use of cognitive systems. These are systems that reason, learn from experience and accept guidance in order to provide effective, personalized assistance. DARPA’s five-year contract (2003 – 2008) brought together over 300 researchers from 25 of the top university and commercial research institutions, with the goal of building a new generation of a cognitive personalized assistant that can reason, learn from experience, be told what to do, explain what they are doing, reflect on their experience, and respond robustly to surprise. Among the contributors were the Carnegie Mellon University, the University of Massachusetts, the University of Rochester, the Institute for Human and Machine Cognition, Oregon State University, the University of Southern California, and Stanford University, as well as from SRI.

SRI International has led the PAL Framework effort to make available many of the successful machine learning and reasoning technologies developed on the PAL program for use by the broader DARPA, research, and military communities. SRI was founded as Stanford Research Institute in 1946 and is a nonprofit research institute headquartered in Menlo Park, California. The institute formally separated from Stanford University in 1970 and is now one of the largest contract research institutes in the world.

One of the components of PAL was CALO (Cognitive Assistant that Learns and Organizes), an artificial intelligence project that attempted to integrate numerous AI technologies into a cognitive personalized assistant. The CALO effort has had many major spin-offs :