The UPnP technology is promoted by the UPnP Forum. Formed in October 1999, the UPnP Forum is an industry initiative of more than 1000 leading companies in computing, printing, networking, consumer electronics and home appliances. A huge library of UPnP resources is available at the website of the UPnP Forum.

UPnP was published as an international standard, ISO/IEC 29341, in December 2008.

The foundation for UPnP networking is IP addressing, either by DHCP or by AutoIP (zero configuration networking). The next step in UPnP networking is discovery, based on the Simple Service Discovery Protocol (SSDP). SSDP allows a device to advertise its services to control points, for example to media servers (Serviio) on the network. The next step is to learn more about the discovered device and its capabilities by retrieving the device’s XML description from the URL provided by the device in the discovery message. Now the control point can send actions to a device’s service using the Simple Object Access Protocol (SOAP).

UPnP AV is an audio and video extension of UPnP, referenced in specifications published by other organizations, including the Digital Living Network Alliance (DLNA).

Problems with UPnP are lack of authentication and vulnerabilities with the risk that UPnP devices can be accessed and/or manipulated by malicious web sites.

A complete set of open source tools for creating and testing UPnP solutions is provided by Intel. They include Device Spy, a generic control point, and Device Builder, a code generation tool. In all, there are 11 tools in this package that range from low-level debugging to full reference tools :

Network Light is a software model of an UPnP device to show the basic functions of the UPnP protocol. The light can be switched on/off or dimmed. The following snaps show how 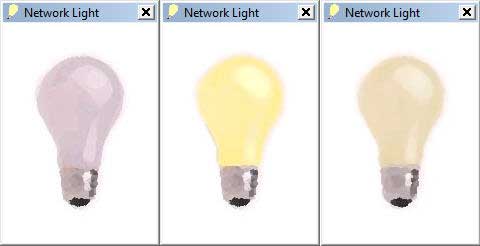 UPnP Network Light OFF / ON / DIMMED 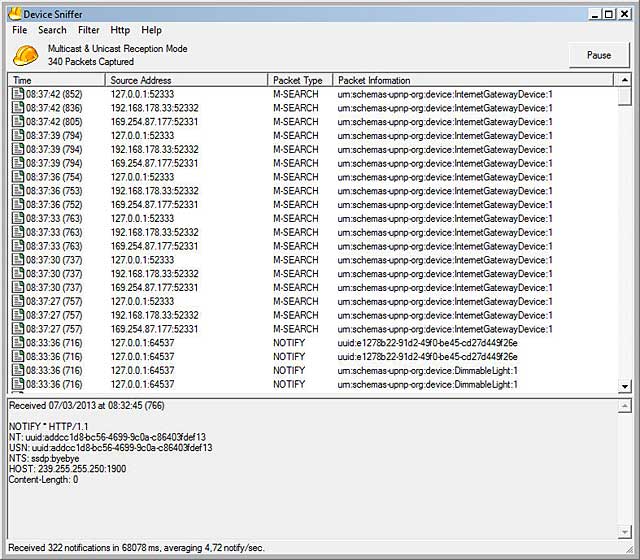 Another UPnP test tool, called UPnP Inspector, has been developed by Coherence. The Inspector is an UPnP Device and Service analyzer, and a debugging tool, based on the Coherence DLNA/UPnP framework. It is loosely modeled after the Intel UPnP Device Spy and Device Validator. 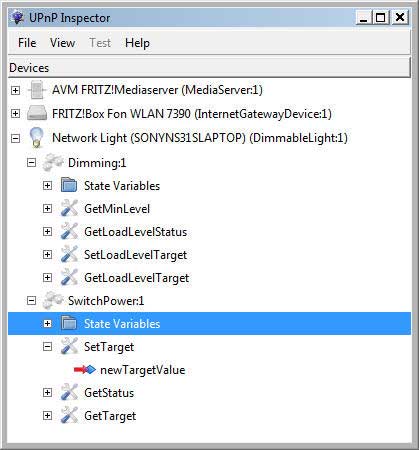 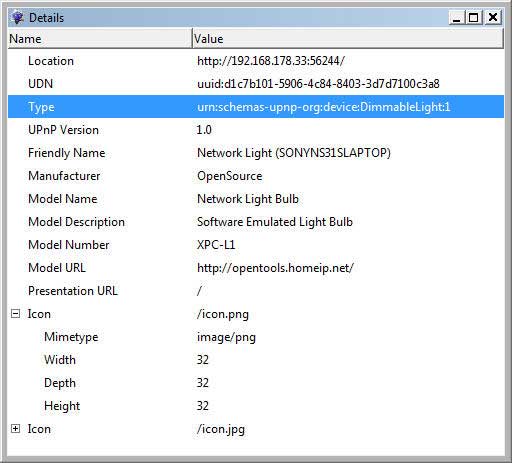