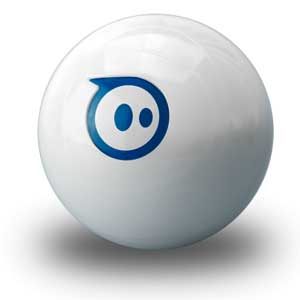 Today I received my Sphero from Orbotix. Sphero is a smart robot inside an opaque, high-impact, waterproof polycarbonate shell. It’s charged with a cable-free induction charger. It glows in thousands of colors and can move (roll) up to 1 meter per second. Sphero connects with Bluetooth to iOS and Android tablets and smartphones.

The Sphero_Ball can be used as a game for adults, kids and pets or as an 3D controller for various applications. There are over 20 free apps and some paid apps available. A Full API and Mobile SDK for iOS and Android allows developers to create additional aps. I particularly enjoy to play Last Fish with the SpheroBall as 3D controller. 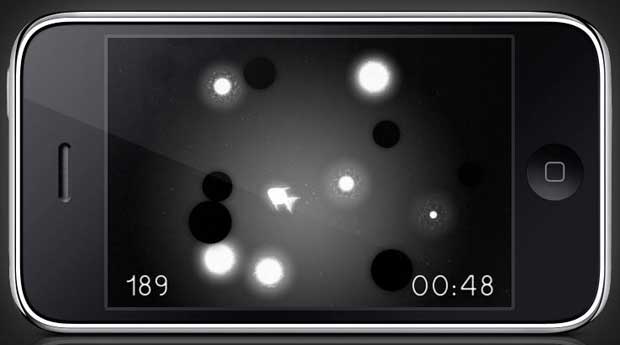 Orbotix was founded in 2010 by Ian Bernstein and Adam Wilson.

In August 2013, Orbotix launched Sphero 2 which is twice as fast, three times as brightly lit and much smarter than the first generation ball, which is now called Sphero Original. Sphero 2 is compatible with up to 25 different applications and games, along with the standard Sphero_App’s.

When the ball flashes red three times, his battery is low and he needs charging. The ball is charged by popping him with the heavy side down in the induction charger. To find his heavy side, place him on a hard surface like a table. Sphero will naturally settle with this sweet spot at the bottom. The charger will blink blue when charging begins. After about 3 hours, the blue light becomes solid and the ball is ready to roll. If the ball is awake when charging starts, he confirms the correct charging with a rainbow cycle of  colors before going to sleep..

A quick double shake of the Sphero wakes the ball up, setting its light show going – after which it will be available to connect over Bluetooth.The ball can be put to sleep with the basic Sphero app. It falls asleep when it is inactive during a few minutes.

You need to pair your device with the ball on Bluetooth in the settings before starting an iOS or Android app. When Sphero is paired with a device, it is not visible for other devices. You must unpair it with the current device, if you want to use it with another device. When the unpairing is not possible (for instance if the current device is not available), it’s necessary to reset Sphero by placing him in the charger and running a strong magnet around his circumference. A video demonstrates this technique.

Links to additional informations about Sphero are listed below :