GAE (Google App Engine) is a platform for developing and hosting web applications in Google-managed data centers. It was first released as a beta version in April 2008. GAE is cloud computing technology. It virtualizes applications across multiple servers and data centers. GAE is Platform as a Service while AWS (Amazon Web Services) is Infrastructure as a Service.

GAE is free up to a certain level of used resources. Fees are charged for additional storage, bandwidth, or CPU cycles required by the application.

The applications of the logged Google developer are available at https://appengine.google.com/

Another useful feature is the error logging : 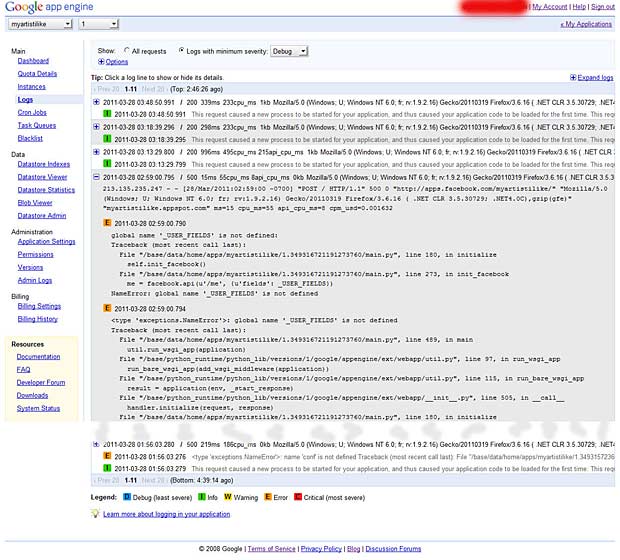