EMPATHICA is a software program designed at the University of Waterloo, Canada, to help people understand and resolve conflicts. It is based on the hope that increasing empathy between people can help to overcome impasses in disputes in many domains.

EMPATHICA uses the idea of Cognitive-Affective Maps (CAMs) developed by Paul Thagard, Professor of Philosophy and director of Cognitive Sciences at the University of Waterloo, in collaboration with Thomas Homer-Dixon, Scott Findlay, and others. These maps derive from ideas about emotional cognition described in Thagard’s book Hot Thought.

A CAM is a diagram that shows concepts and beliefs along with the emotional values attached to them. It also shows the relationships between concepts that support each other or conflict with each other. CAMs are made up of simple nodes and edges. Nodes can have differing valences based on how a person feels about a concept related to the conflict. 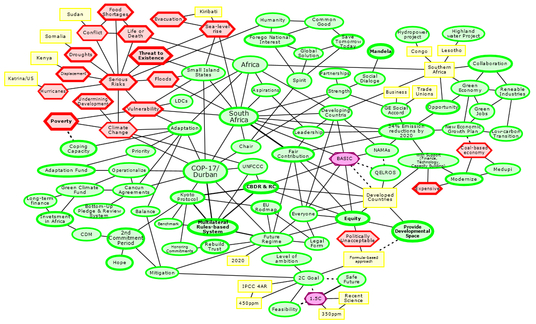 The program EMPATHICA was a Fourth-Year Design Project for the Software Engineering class of the University of Waterloo. Today I installed the Windows version of EMPATHICA (released in January 2013) on my PC. Great project !