Functional MRI (fMRI) is a magnetic resonance imaging procedure that measures brain activity by detecting associated changes in blood flow. This technique relies on the fact that cerebral blood flow and neuronal activation are coupled. Since the early 1990s, fMRI has come to dominate brain mapping research. The primary form of fMRI uses the blood-oxygen-level-dependent (BOLD) contrast discovered by Seiji Ogawa at the AT&T Bell labs.

fMRI is used both in the research world (cognitive neuroscience, cognitive psychology, neuropsychology, and social neuroscience), and to a lesser extent, in the clinical world.

Links to additional informations about fMRI and related topics are provided in the following list :

Parcellation of the brain

The Gallant Lab provides free access to several publications, links to websites and tools of the lab and a WebGL brain viewer. 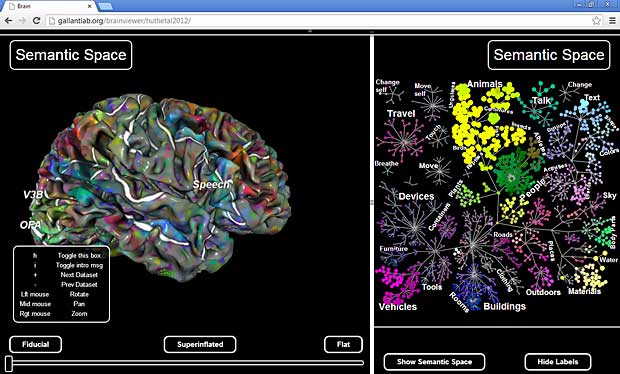