This dashboard offers the following functions: 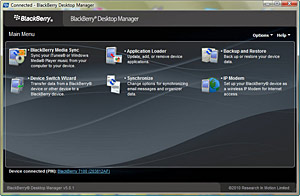 The desktop manager works with my three different BlackBerry devices : 7100v, 8100 et 9000. It does not support my new Blackberry Z10.

The firmware and microedition versions are shown below : 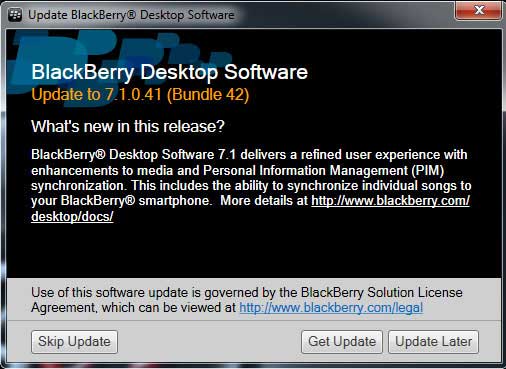 Screenshot of the Blackberry update window

With my Blackberry Z10, the Blackberry Desktop Manager was replaced by Blackberry Link, the latest version 1.2.3.56 was released on July 3, 2014.