The delivery of IP traffic through the Internet depends on the complex interactions between thousands of autonomous systems (AS) that exchange routing information using the Border Gateway Protocol (BGP) and present a common, clearly defined routing policy to the Internet.

Autonomous System Number‘s (ASN) are assigned in blocks by the Internet Assigned Numbers Authority (IANA) to Regional Internet Registries (RIR) which allocate them to each AS. An AS typically falls under the administrative control of a single institution, such as a university, company, or Internet Service Provider (ISP), but multiple organizations can also run BGP using the same AS numbers.

The evolution of the AS numbers is shown hereafter : 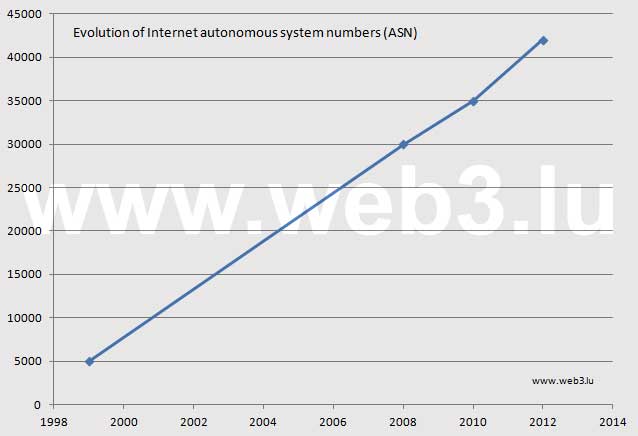 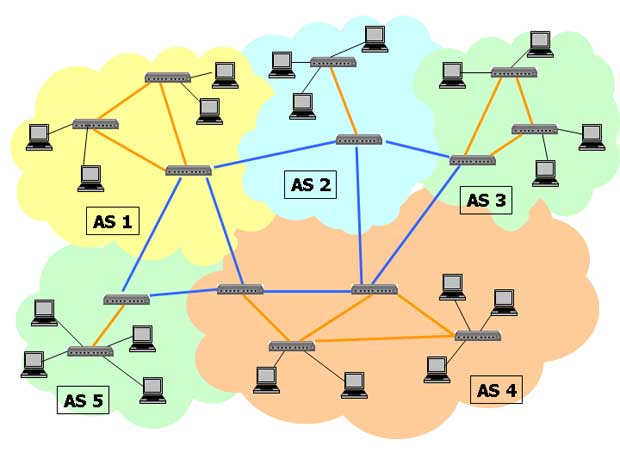 The topology of early networks was a simple star or tree structure. In the early Internet there was one Commercial Internet eXchange (CIX), two Federal Internet Exchanges (FIX) and four Network Access Points (NAP). Today the topology of the Internet is a huge mesh structure with millions of switches, routers, proxies, peering points and other devices which form the following network elements :

The Internet backbone refers to the main data routes between core routers and large, strategically interconnected networks in the Internet, but there is no precise definition. Network security is an important topic in the Internet community. The Internet Society is actively engaged in all activities concerning routing security.

The following list provides some useful links to tools and further informations about the Internet Topology :